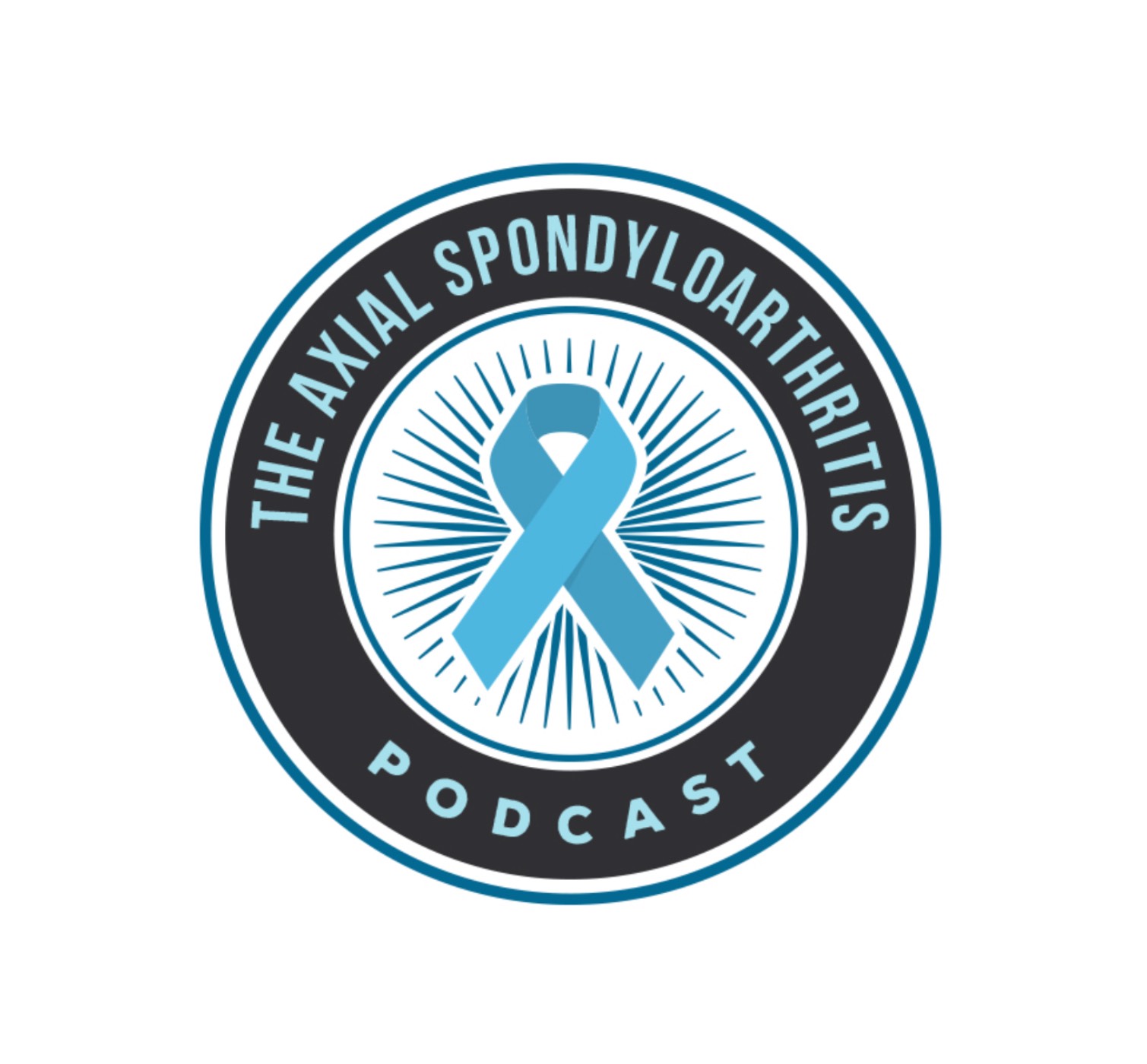 Are We Looking At This Disease Wrong

Hello, and welcome to this week's episode of The Ankylosing Spondylitis Podcast. How's everybody doing today? This has been a fantastic week here in Michigan where I'm at the temperatures have pulled back a little bit. It's been actually cool, but not super wet. So the Ankylosing Spondylitis all feels pretty darn good. I know other people are starting to come into their summers as we had in our falls. So I hope everybody is doing well and and for those of you that are on the west coast of the United States dealing with all the fires, I really hope that you are doing well. And for anybody around the world has got fires or some natural issues, disasters going on. I hope everybody's just safe and able to just enjoy life as best you can.

As you get going. I wanted to read a couple of really neat emails and a review that came in on the podcast. And this review was from England, from the United Kingdom, and it says,

“I've been enjoying this podcast for a few months now. It's been super informative and helpful to learn about how other people react to this disease and what their experiences are. Thanks for sharing.”

Well, thank you, JoeGeorge in the United Kingdom. I appreciate hearing from you. And that's really fantastic. I appreciate the feedback. We're all a community here with ankylosing spondylitis, non-radiographic axial spondyloarthritis. You know, that whole axial spondyloarthritis umbrella. We're all in this together. We're all here to learn from each other and help from each other. And I really hope through the show, if somebody hears something and it helps them, get through the day, through the hour through the week, whatever, that they're better off for it. So I really enjoy getting this feedback from everybody that's listening. I also got an email from a young lady named Lydia, she wrote,

“My name is Lydia and I'm from Ireland. I am 39 and was diagnosed with AS just before last Christmas. I am so glad I listened to your podcast and it made me feel less alone with this life changing condition. Thank you for the information and keep up the good work.”

Well, Lydia, thank you for reaching out. Thank you for sharing a little bit about you and your diagnosis. I hope this finds you doing fantastic. And again, we're all here to learn from one another. So please don't hesitate to reach out to myself to reach out to anybody with questions or any concerns you're having regarding this. And we'll try to at least support you in the best way we can. Then I also got this email from a gentleman it also in the UK, and he wrote,

“Hi, Jayson, I just want to tell you how awesome your podcast is. I was diagnosed very recently. And he says about two months ago with as in your podcast was quite helpful and understanding the basics of AS and what progression to expect in the future. He says I am fortunate to be relatively mild case compared to many horror stories that I've heard and I still have the option of taking biologics in my progression is not good. In that sense, I am really thinking about people like you and others that were diagnosed decades ago when NSAIDs were the only option. It's incredible to think that people went through so much pain with so little pharmacutical support goes on to say I guess it's even worse to think about people about 200 years ago would have gone through this their life with as with no medical support, and everyone thinking that they were simply lazy. It would be really amazing to look at the history of AS (I did do a episode on Ankylosing Spondylitis history. I'll have that in the show notes so that you can go back and listen to it. And I sent it off to him as well in an email response. So I hope he enjoys it finishes up and says), Thanks for doing the awesome job of creating the podcast.

Well, you know what, Jergas, you are so welcome. I'm glad you like it. I really appreciate the link to the book you sent me.

So far, much of the available research is focused on whether treatment prevents disease progression in With as more data is needed on non radiographic patients specifically, we need to better understand a How do non radiographic patients respond to treatment in terms of symptom management and quality of life and be whether that treatment prevents non radiographic from progressing or causing radiographic damage. So, at this point even though treatment for non radiographic axial sponder, arthritis and ankylosing spondylitis should be similar people with non radiographic may respond differently, generally less predictable to treatment with biologics such as TNF inhibitors than those with AS. Again, there's lots of research that's going to be coming out. It's really important that these companies get the support from people trying to use the medications, get the feedback they need, that you're keeping up with your doctors, letting them know what your symptoms are. That way they can continue to work on these medications and hopefully develop them and figure out what's going on inside of us from knowing what's going on inside to how do we stop at our control with going on inside this article will be linked in the show notes. It goes on to talk about a lot more of items like lifestyle changes, whether it be exercising regularly eating right, quitting smoking seems to be a big thing. So again, you can read further in the article, it'll be in the show notes.

The other thing I'll have a link to is a website I came across and it is marked for us healthcare professionals only, but it's facts about axial spondyloarthritis. And it's an amazing website. It talks about the disease spectrum, the disease burden, identifying gender differences and resources for the doctors. I am going to suggest that now this website, just so you know, this website is created by Novartis. So be aware of that I would go so far as to suggest that everyone share this with their healthcare professional and if they start going off about well, you don't have as nope Look at this. I think I've got axial spondyloarthritis but in the spectrum of it, I'm just on the far say left hand side of it with non radiographic I haven't progressed to as So that's going to take a change in the doctor's thought processes. It's going to take a change in us as patients trying to figure out as we go through and trying to figure out what we have to make sure that we are absolutely using the correct terminology so that you don't confuse the doctor and then you don't get upset when the doctor misunderstands what you're really trying to get at. So I really hope everybody will take this to heart look at this and understand that I think we're working now under the umbrella of axial spondyloarthritis as the the understanding of this disease progresses, one of the things they mentioned is that at least 50% of patients will eventually progress from non radiographic over to Ankylosing Spondylitis. So again, I'm using the terms because that's what we understand right now. But as we progress and move forward with this disease, I hope that eventually those terminologies go away except in the research field and just axial spondyloarthritis is what the diagnosis truly is. And it goes through a talk about it's really interesting because it's really a good website to even show family because it talks about what the disease burden is. And it says axial spondyloarthritis puts distinct burdens on patients across the disease spectrum. So it doesn't matter if you aren't showing the fusion yet or if you are showing the fusion a lot of these pains are similar and that's you know, pain throughout your body fatigue could be functional impairment could be time lost at work and could be activity impairment, you know, just something as simple as getting out of bed. That was very difficult for me. And I know it could be very difficult for many others who listen to this to say, Oh, yeah, I remember getting out of bed was a real challenge. functional impairment. I walk with a cane now I have a drop foot. Many of you that listen have neuropathy, whether it be in hands, whether it be in your feet, or both. And functionally you cannot do the things that you used to do because that neuropathy, fatigue, oh my goodness, everybody talks about having a fatigue with this. How do I fight it? What do I do and really there besides making sure that your vitamin D levels, your iron levels, all that are right, there's not a ton You can do naturally for that fatigue, the pain we all have that pain throughout the whole body. So this is something very easy that you can show to family friends if they ask about what you're dealing with. The other cool thing is it says non-radiographic axial spondyloarthritis verse ankylosing spondylitis and it gives some similarities, it gives some differences. This is really helpful for doctors, you know, similarities, our clinical presentations, the level of pain, decrease in functional abilities decrease in the HR qL and patient global assessment of disease. The difference is, as has some radiographic damage, lower spine mobility and as more women with non-radiographic vers men more men with as first women. So it goes through and talks about that, and really, I think is just a fantastic website.

With that said, I hope everybody will go over to spondypodcast.com sign up for the newsletter. There are many of you who have been doing that the notifications come through on my email and it's awesome. To see the people signing up I have a new newsletter that will be coming out here soon. Also in the show notes you will see this website which is facts about axial spondyloarthritis along with the one I read earlier and I get Thank you for listening. If you'd like to support the show, please head over to buy me a coffee calm where you can choose to make a one-time donation or a recurring donation. And Sandra Clutterbuck is now one of the joined up and is now one of the producers of the show. So thank you, Sandra. And as we go forward, I hope to hear more from you. And you all have a wonderful, wonderful week. Thank you.